Traditionally ‘Mezzanine Finance’ (or ‘Mezz’) was avoided by developers who shied away from the headline costs and the level of gearing it created on a development project. It is however now deemed to be more acceptable (rather like Bridging Loans have seen a rise in up-take) and new lenders are cropping up to meet the demand. 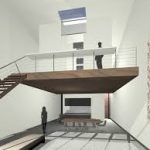 So what is Mezzanine Finance?

Who are Mezzanine Lenders?

What are the practical considerations when seeking Mezzanine Finance?

So is it really expensive?

How to arrange Mezzanine Finance?